It’s Friday evening, 19:00 (7pm) and I just spent more than an hour resolving a problem in anaconda. The problem was that builds sometimes failed with:

The irony, right? A file called “missing” is actually missing.

Luckily, I was successful and figured it out. Beer incoming.

The main reason I am writing this is to record my investigation.

Also to give you a little bit of context. Packit is a CI solution which builds RPMs of upstream PRs. In case of anaconda, after cloning the repo, packit needs to initialize files (automake/autoconf) needed to create an archive and then passes the path to the archive via the last ls -1 line:

Before I even started…

…I spoke to a good friend of mine, Vasek and he gave me some pretty good tips: isolate the issue and check what’s happening and why it’s happening when it happens.

The main problem was that this only used to happen once in a while - so I knew it was probably a race condition (spoiler: it wasn’t) or a problem in the filesystem or EBS (spoiler: not even close).

Vasek clearly told me: “since the error happens with the same file all the time, it’s a bug in the application”, which I downplayed in my head. I did not know at the time that Vasek was actually right as I would discover in the evening.

I Opened the logs and studied them. (if you look very closely you can spot the problem and resolve it here :) I couldn’t)

I also opened logs where the build was passing

I used the power of diff here: 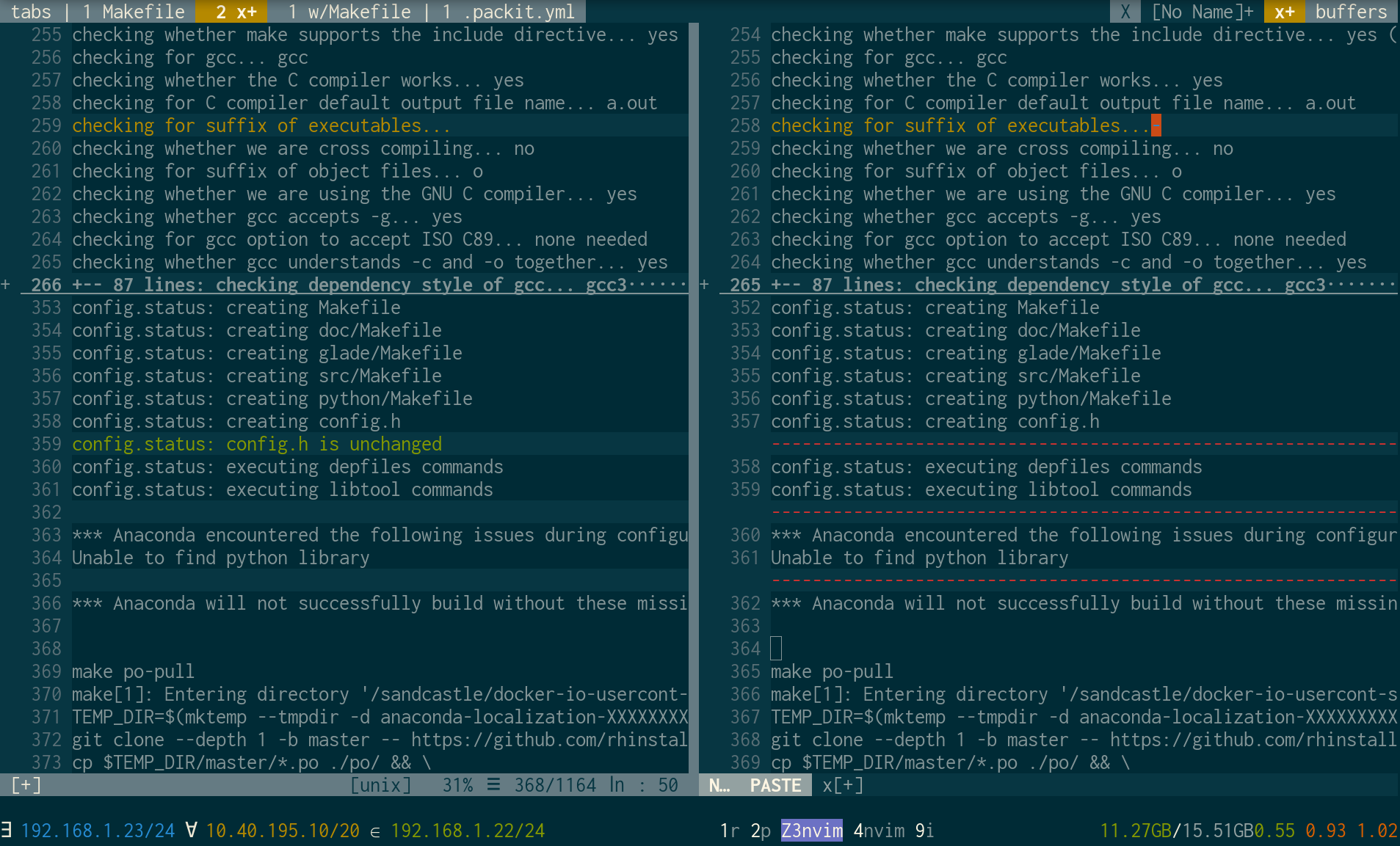 Observation
Most of the lines are the same, except in CI, config.h had to created — interesting.

I opened the generated Makefiles and studied them. And I cried. Because I couldn’t understand. A. Thing:

Not something I wanted to do on a Friday evening.

Let’s go back to the diff and compare the lines where the error happened.

I went through the makefile and realized the difference is that config.h.in is being generated — that’s why the commands differ in the output. Since I already knew that, it wasn’t anything new — only a confirmation. When I removed config.h, I could regenerate it without a problem. What am I missing?

One thing that puzzled me while looking at the generated makefiles was that paths were hardcoded and absolute, e.g.:

And that’s when all the coffee kicked in. I looked at the error line, letter by letter:

Are you f kidding me?!

So, whenever config.h needs to be regenerated, the build would fail, because ./autogen.sh and ./configure are executed in different sandbox environments. It means that automake will use former paths which are no longer valid once make release is being triggered.